I told you about it on the radio, my friend Heidi Hollinger has just launched a book that will make you want to pack your suitcase and fly to Cuba right away: 300 Reasons to Love Havana. The book provides us with us an inside view of the old capital through the eyes of Heidi who lives there half of the year. Of course, I asked her a few questions on her adopted hometown and I also asked her to present you 5 magical must-see spots in the Cuban capital. Ready for take-off?

How has Cuba changed your life?

The Cuban people are so kind, generous and sincere.  They have welcomed me into their country and made me feel right at home.  I have been going since 1989 and now I spend five months a year in Havana, which to me is the most fascinating city on earth. I am fortunate to live alongside the passionate, compassionate, creative and clever habaneros. I feel anything is possible here.

Hurricane Irma (September 2017) was a very sad time.  Habaneros lost their lives, their homes and their belongings. Sections of the city were completely flooded and people were neck deep in water.  But I have never seen so much solidarity.  The day after the hurricane struck, and trees and phone lines were strewn all down my street, the entire block was out clearing the 100-year-old trees, chopping them up with machetes.  Each time a huge branch was cut and fell to the ground, the neighbors cheered. Some of them passed around a bottle of rum.  Everyone did a little something to help.

I peg Havana to be the next foodie destination. The culinary scene is bursting at the seams!  You need to book well in advance to get into the best restaurants. Food is fresh and original.  The chefs work miracles whether it be to source produce, cook with ovens without temperature settings or create new menus every day with what’s available.  They are the most resourceful and imaginative in the industry. 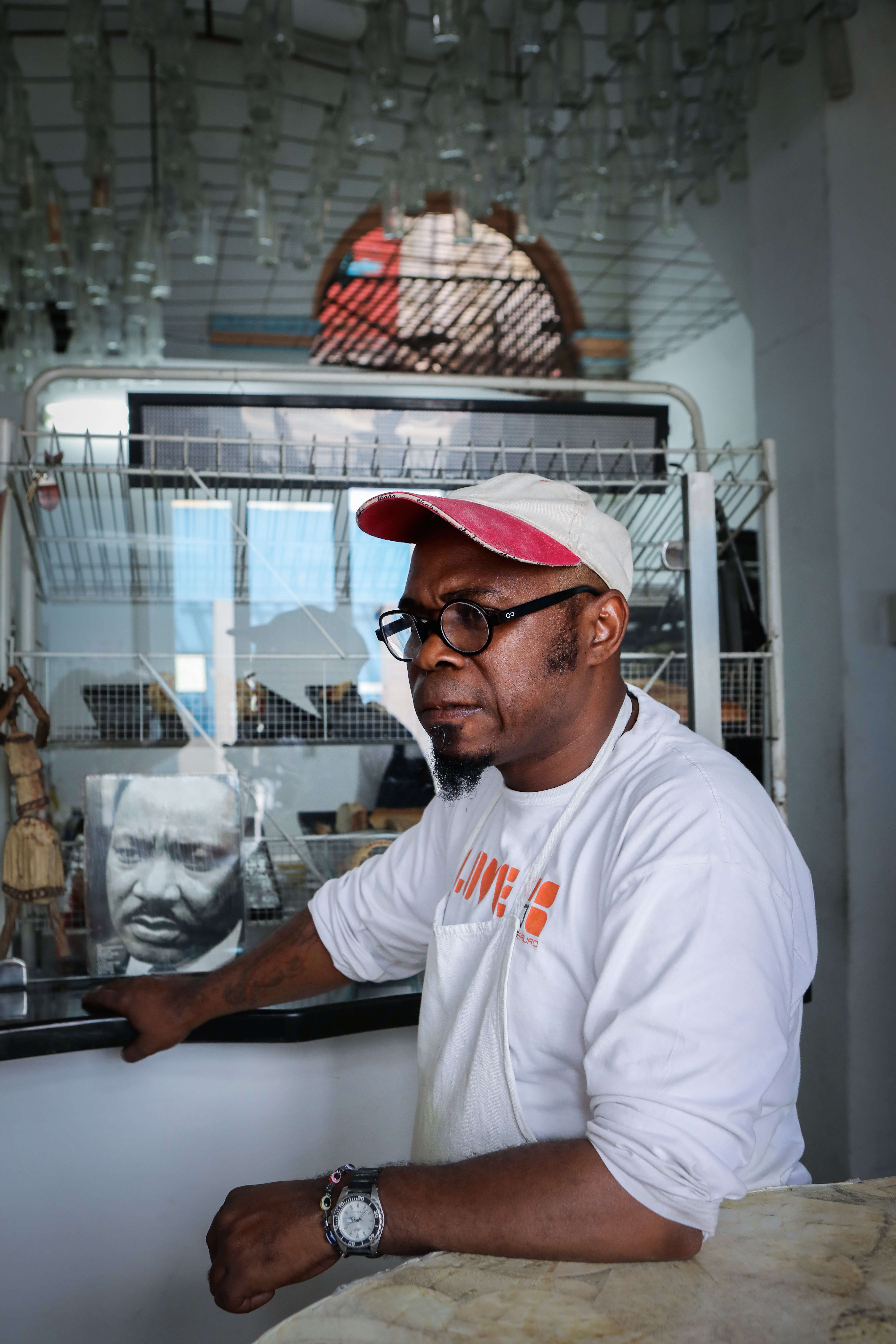 Owner Alberto González puts together some of the most elaborate dishes in town, out of his pint-sized bread shop in Centro Habana. He is a Michelin Star chef who worked for 14 years in Italy and learned molecular gastronomy at El Bulli in Spain. Returning to his homeland Havana, he opened for business 150 years to the day when plantation owner Carlos Manuel de Céspedes liberated his slaves, declaring Cuban Independence and war on Spain. A photo of Martin Luther King Jr. adorns the entrance. Everything Alberto creates is exciting and mouth-watering.  Not to mention, his gourmet cuisine is healthy too ! [Calzada de Infanta n° 562 entre Valle et Zapata] 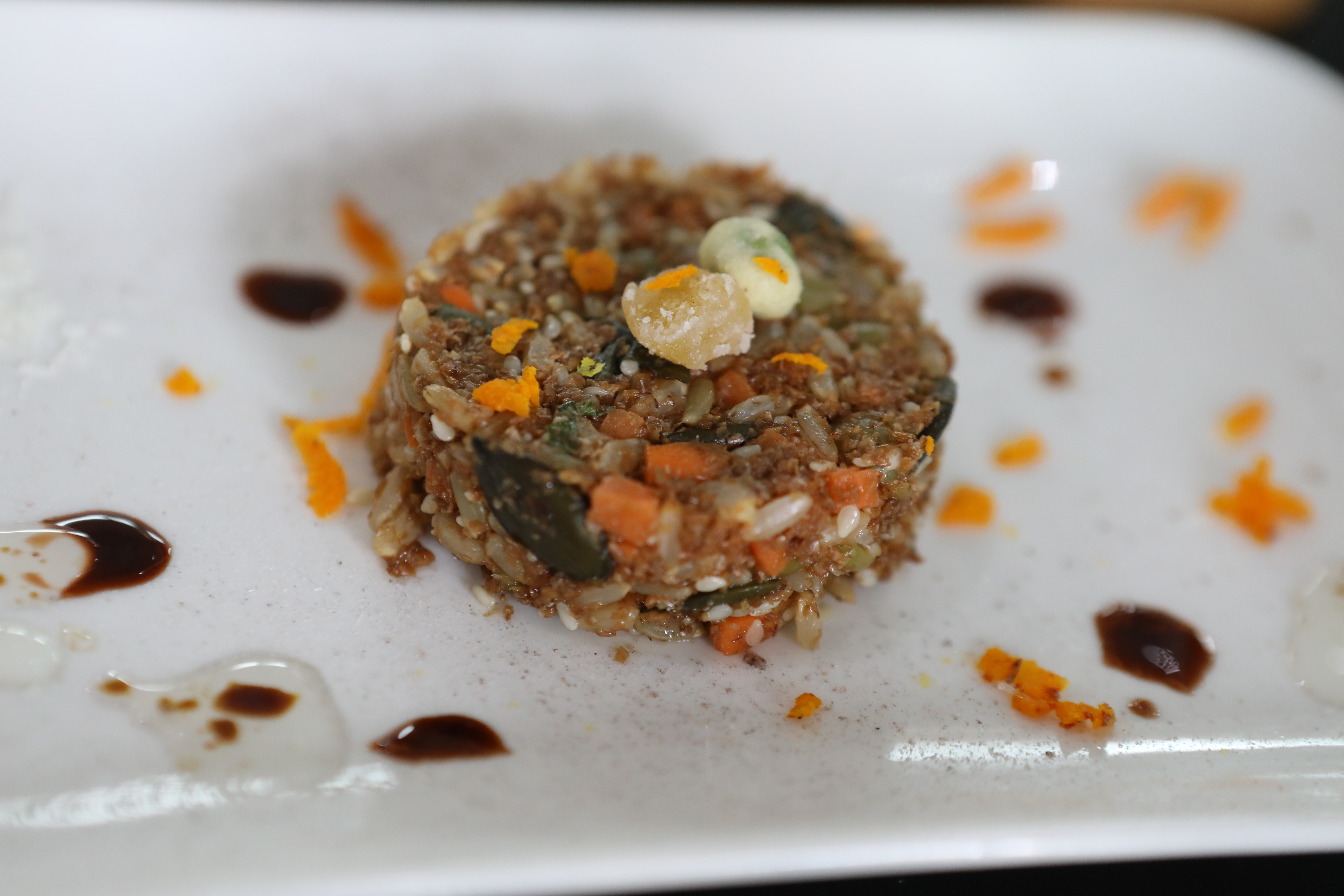 Niels Reyes is my favorite contemporary artist in Cuba. It is fascinating to watch him work, splattering emotion onto his canvases in deep layers of paint.  His larger than life portraits convey moods and attitudes which you sense in your heart and your gut.  You hypnotically stare at them and they return your gaze, which can result in a disorienting loss of time and space.  Niels’s reflective portrayals are being scooped up around the globe by collectors from New York, to Berlin and, China. Walking into his studio is awe-inspiring as there is always something new and striking, which will likely vanish as soon as the paint dries. 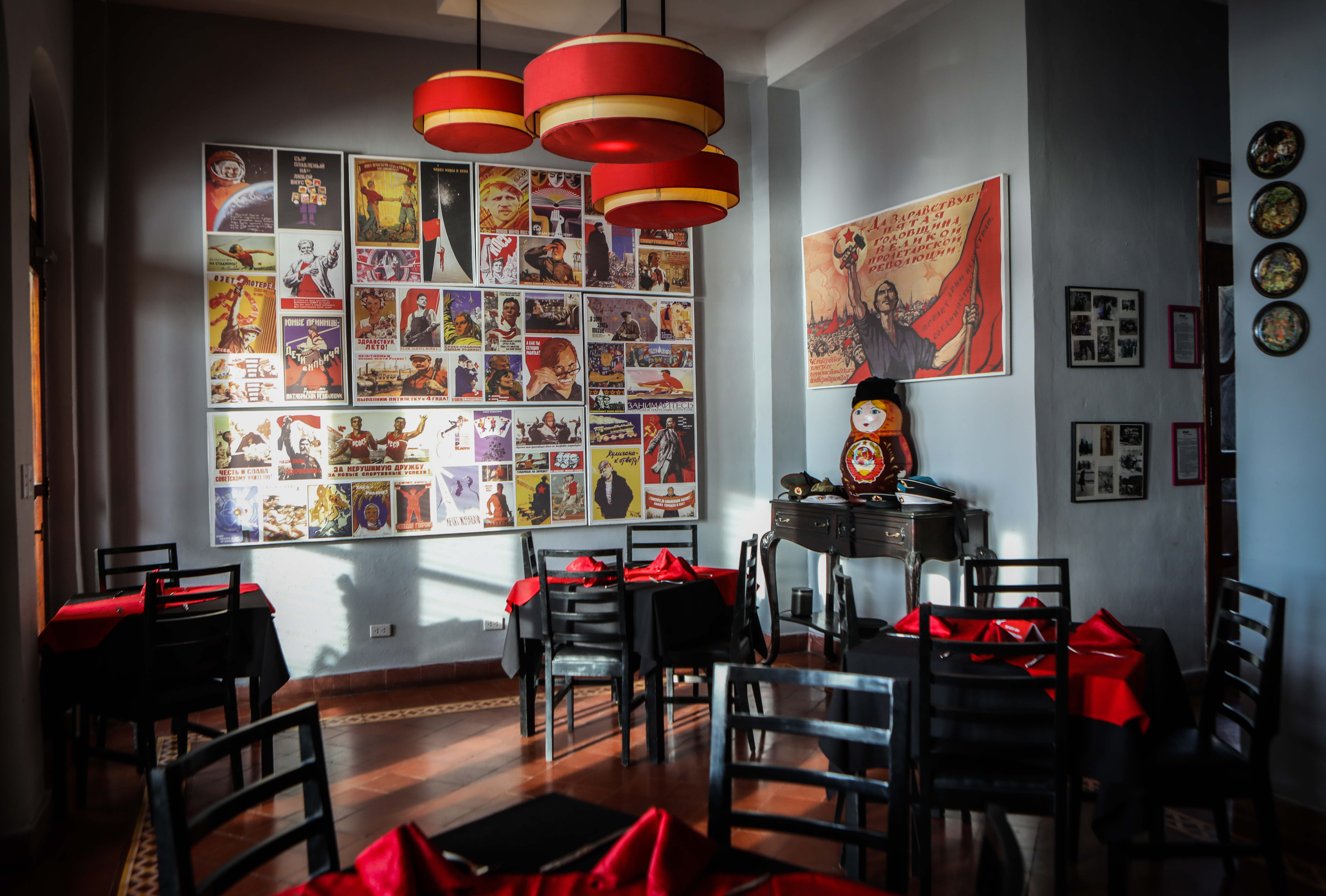 It’s not just because I lived in Moscow for ten years and have a penchant for things Russian that I love the restaurant Nazdarovie.  It is the attention to detail, the delicious authentic fare and their vision of bringing back the nostalgia.  It is a tribute to Cubans who lived in the Soviet Union and Soviet ex-pats who made Cuba their home when the two countries were best of friends. A certain nostalgia permeates the air with photographs of Cuban exchange students wearing fur hats in the cold of winter and colorful Soviet paraphernalia abounding including a larger than life matrioshka made by Cuban artists.  The food here is bang-on genuine with chefs from Russia, Ukraine and other former Soviet republics replicating the dishes from their homeland and perhaps even better so with the freshly sourced produce from the island. Situated right on the Malecón, Havana’s waterfront promenade, Nazdarovie’s third floor balcony is the best place to watch the sunset over the Florida Straights while sipping on Cuban cocktails made with Putinka vodka. 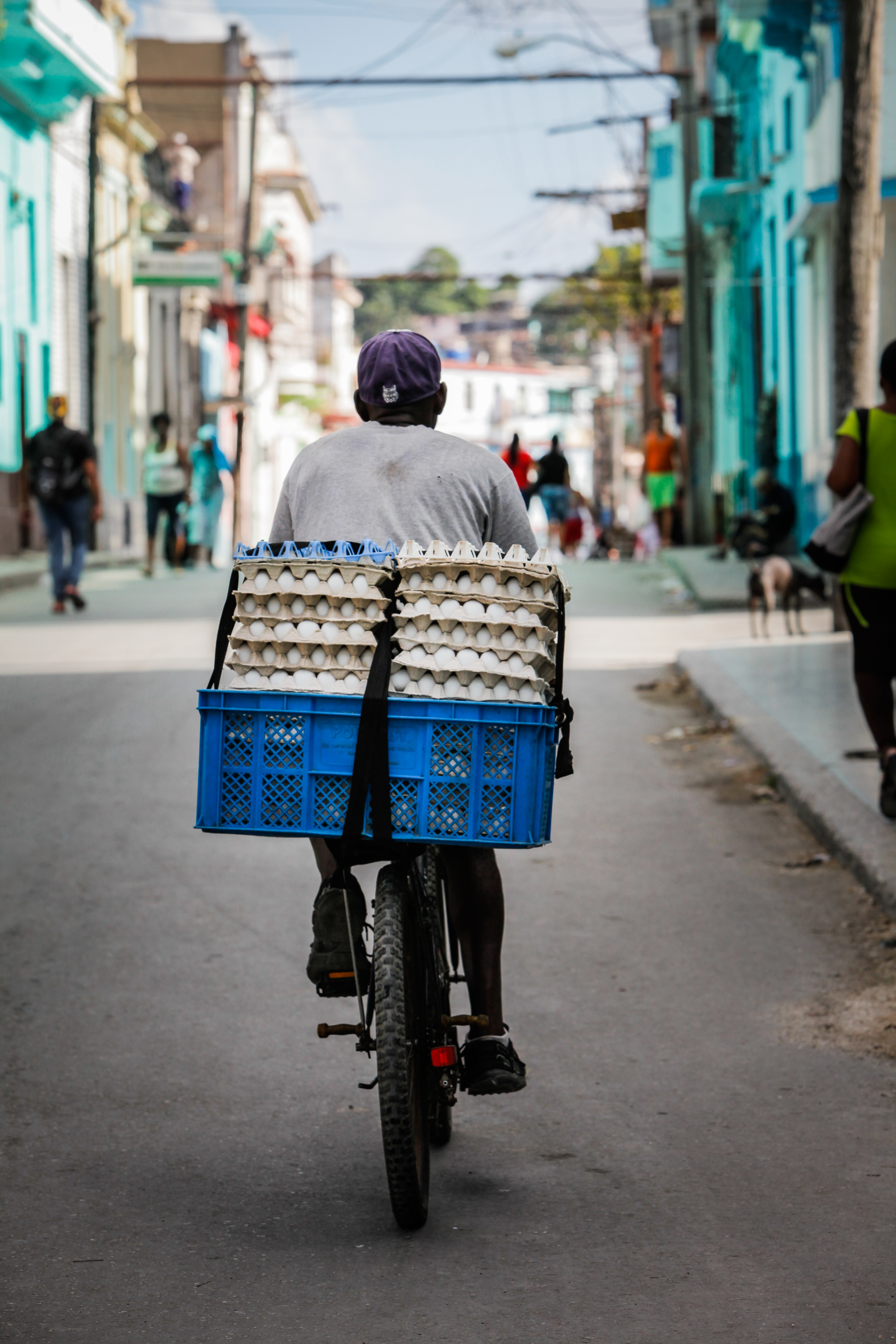 Regla is one of Havana’s best kept secrets.  You can get there by catching the lanchita (ferry) at the port in Habana Vieja (Old Havana) and taking a five-minute ride to the other side of the bay.  It is an easy and fun trip that costs just a few cents and gives you the best view of the harbor as well as a whole new take on the city.  Regla is a fishing village, an industrial port and the hub of Santería, an afro-Cuban syncretized religion.   Life moves slower here, there is hardly a car to be seen and I love the vibe as I walk among the old wooden houses, taking any form of stress down a notch. 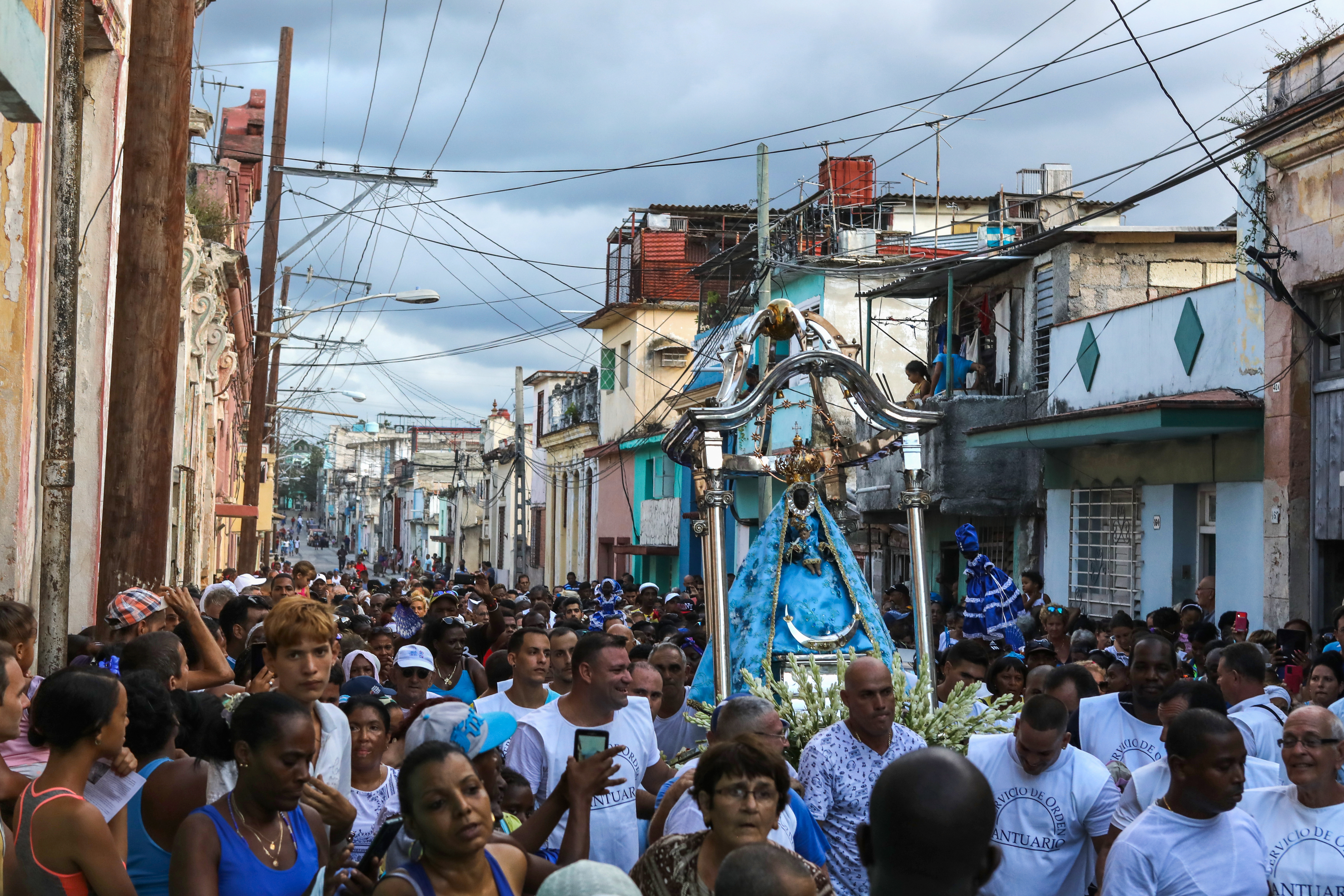 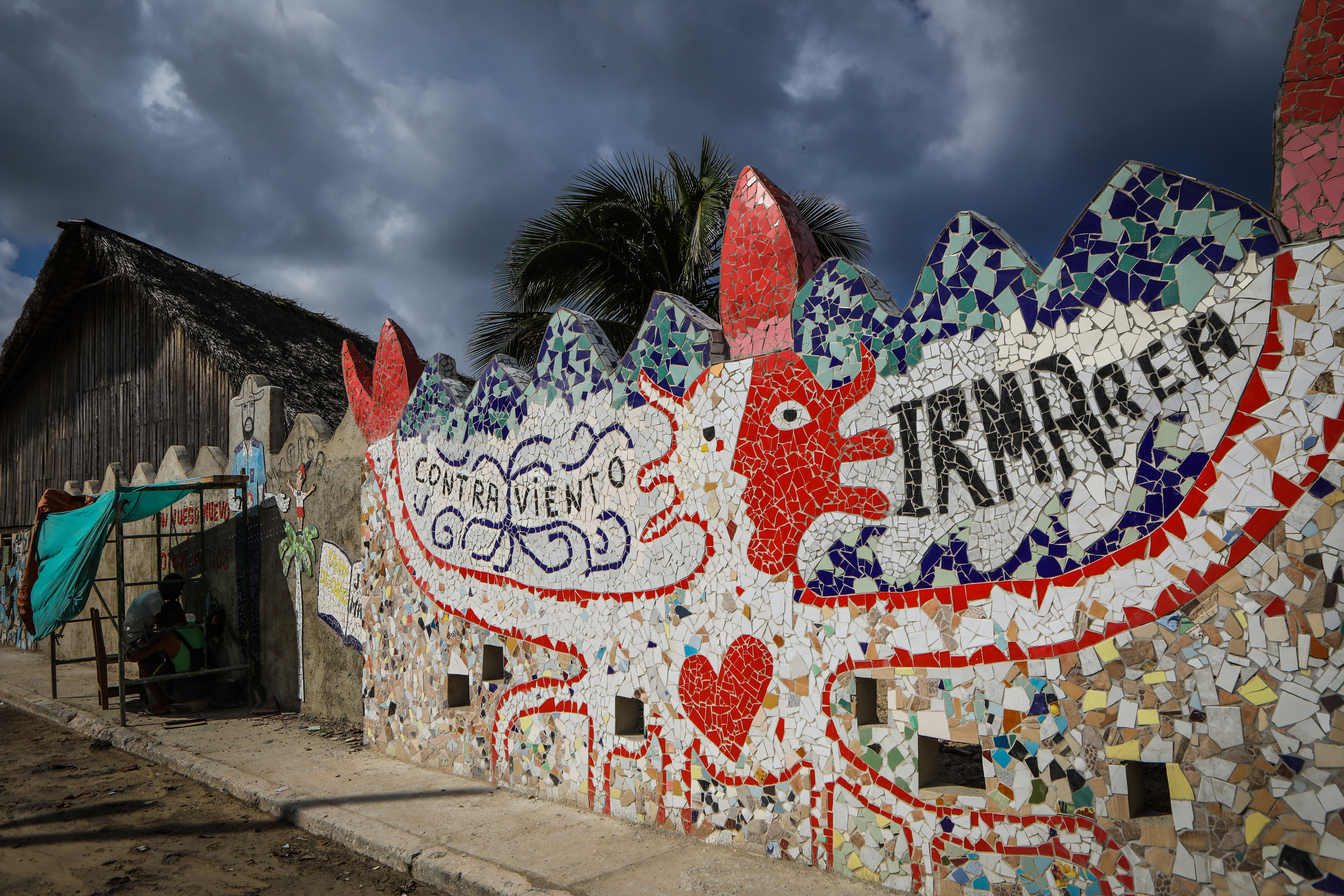 José Fuster wanted to be surrounded by art and so he decorated every inch of his house in the humble fishing village of Jaimanitas with mosaics.  He then asked the neighbors if he could do the same to theirs (free of charge) and covered entire blocks with colorful tiles, turning this western Havana suburb and its wooden homes and chicken coops into a fairytale land. Fusterlandia was born. 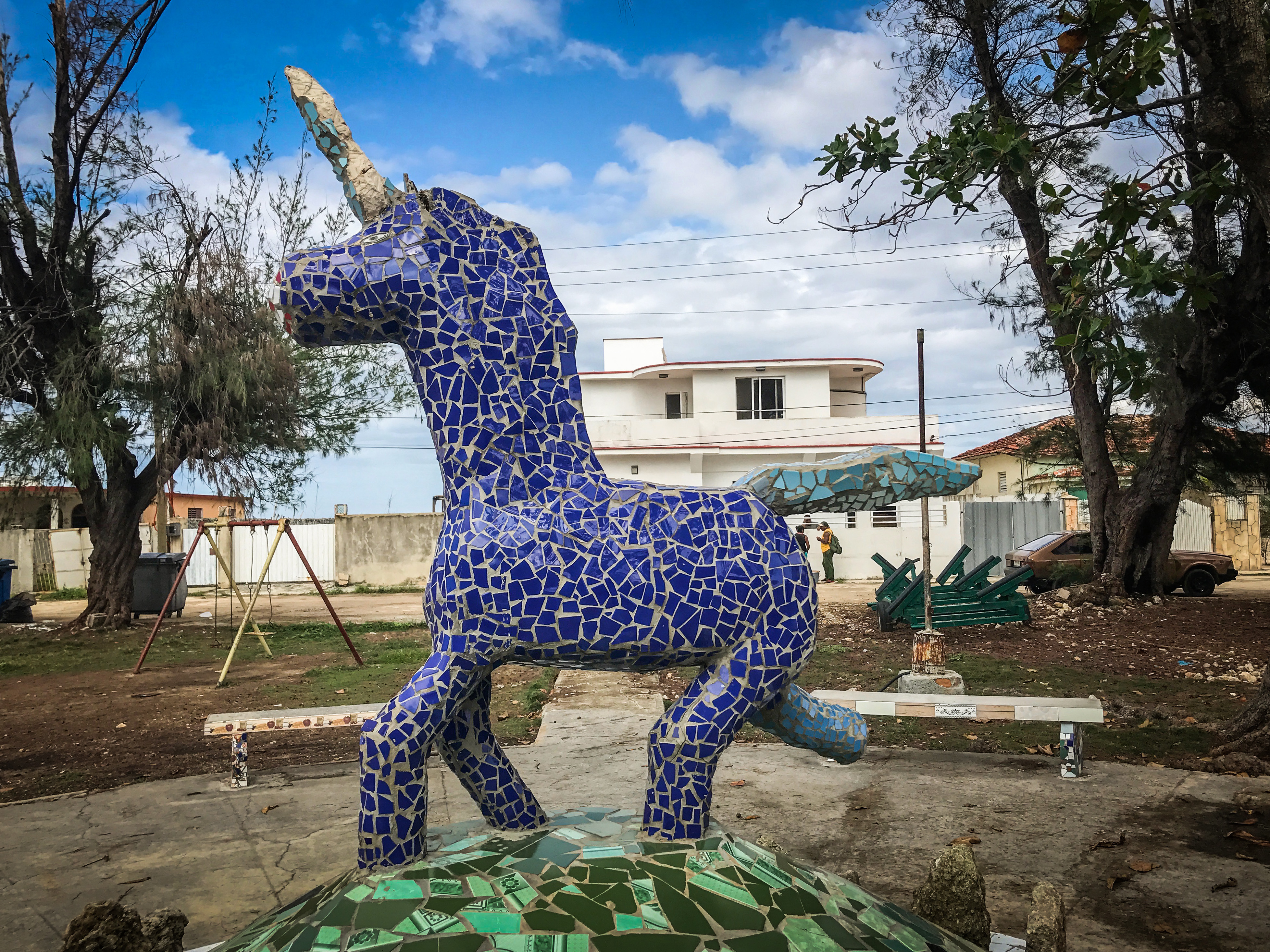 Fuster is a sculptor, a painter and a ceramic artist who has inspired an entire community who live alongside his magic, involving them in his projects and allowing them to create businesses of their own.  These self-made enterprises include souvenir stands to cater to the influx of tour busses that flock to Fusterlandia.  One place not many people know about is ‘Parque del Unicornio’ (Unicorn Park) which is set a few blocks away from Fuster’s studio and the 100-house and growing ceramic thoroughfare.  It is a small, barren park with three swings and a blue ceramic unicorn in the middle waiting for something to happen.  Fuster showed this place to me on his electric scooter, while I pedaled alongside on my bike as he knows I am enchanted by unicorns.  He wanted my input on transforming the park into a playground for local families. With profits from this book, I will help him to do just that!

Talent runs in the family!

If Heidi is an exceptional photographer, her son Luka (aka It’s Luka) has a passion for music. His first album Second floor feelings was made part in Montreal and part in Havana. Discover it on Spotify whild drinking a Cuban cocktail. 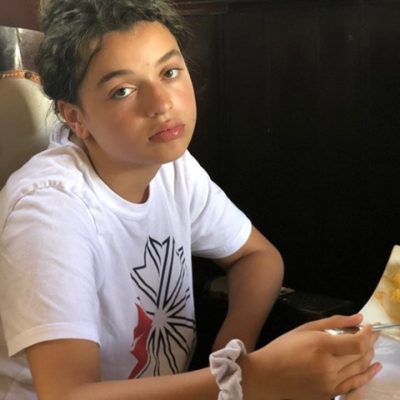