“Empathy is at the root of social justice, human rights work and individual happiness.”

I’m chatting with Liz Plank on the phone about her latest collaboration with Montreal’s own jewellery brand Litzi. Run by two formidable female entrepreneurs Lynda Guy and Alice Usiskin, the Litzi brand started five years ago at Lynda’s kitchen table. Litzi, named after Alice’s grandmother, has been worn by Sophie Gregoire-Trudeau, Jenny Mollen and Shawn Mendes to name a few.

Liz Plank Is Obsessed With Litzi

Litzi got Liz Plank’s attention when they released a capsule collection created with internationally-renowned anonymous rebel artist MissMe. In case you haven’t heard of her, you should know that Madonna bought a piece from MissMe’s “Portrait of a Vandal” series. No biggie. Together MissMe x Litzi created jewellery that channel the artist’s mission to reclaim the power of female sexuality and fight for gender equality.

Liz proclaims that she is “smitten and obsessed with the brand.”

Fueled by their shared values of feminism, honoring the women in their lineage, and gender busting anthems, the three women decided the word Empathy needed to be alchemized into a necklace and ring.

The word Empathy is paired with an emoji-esque happy face on both the sovereign ring and necklace. Both pieces serve as a reminder that embracing empathy ultimately leads to happiness.

They have turned the words empathy/empathie into bilingual unisex emblematic jewellery. Both pieces are available in silver and gold vermeil.

“The Empathy pieces were a natural evolution from the Let Boys Cry line. It’s important to feel your feelings and put yourself in someone else’s shoes. I think it’s such a fun line. It looks fun, and we need more empathy.” Lynda tells me. (I agree. I want the necklace.)

The two Empathy pieces follow the release of the Let Boys Cry necklace and ring released back in February when the book came out on paperback in the US. Liz coined the phrase to encapsulate her book’s call to action for men to “Maria Kondo their gender” and reject the “cult of idealized masculinity.” Her book is a guide for men to not only help them identify their emotions, but to encourage them to learn how to manage them. 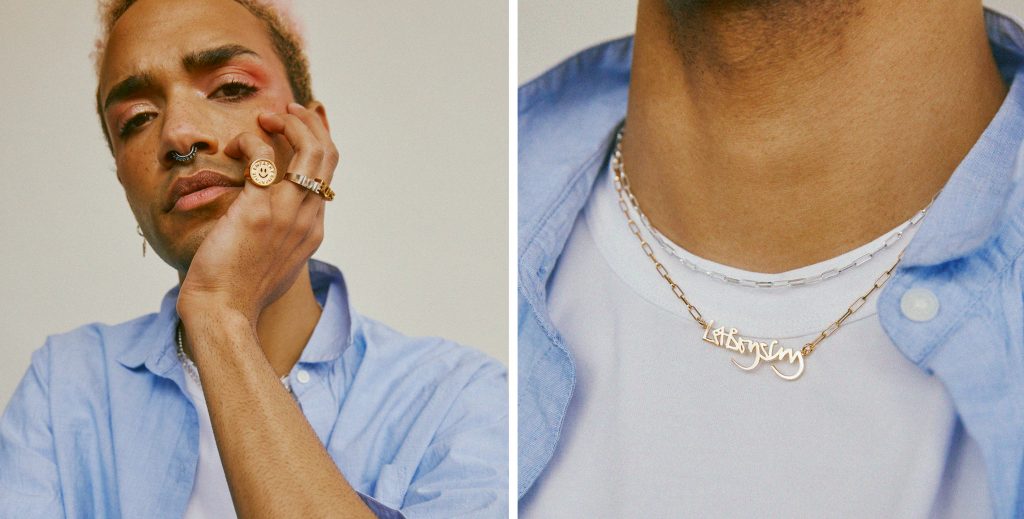 “We have so accepted the myth that women are the emotional gender. We have so bought into the lie that women are the ones that don’t have a grip on their emotions. When we say that half the population is allowed to be human, and the other half is not, we get school shootings, we get wars, we get viruses that are completely out of control. We get dysfunction. And what emotional intelligence means is not just having emotions, it’s managing your emotions, and your emotional turmoil, and your inner landscape. Women are given tools and rewarded for developing empathy. Men are not biologically predetermined for violence; it is the patriarchy. It’s been hurting women all this time, but it’s also hurting men too.”

Liz hopes the book raises women’s expectations of men, and helps take the responsibility of emotional labour off their plate.

The Liz x Litzi collection, is ultimately a personal and wearable prompt both men and women can wear to remind themselves to embrace mental health, for their own sake, and for everyone around them.

“Feminism is not this selfish pursuit of privilege, it’s this collaborative pursuit of freedom for everyone.” Liz says. “Empathy is seen as a feminine characteristic when empathy is something we are all hard-wired for. To numb ourselves from that means numbing ourselves from being human.”

You can listen to our entire conversation here.

LIZ X LITZI: BEHIND THE SCENES 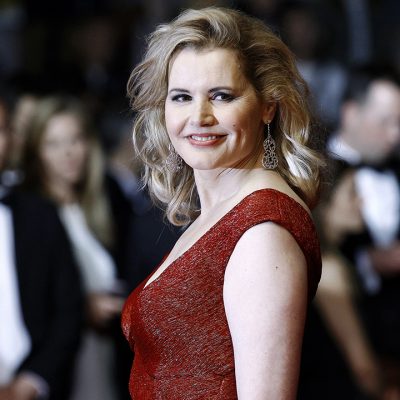