We all shiver at the thought of the temperature dipping in the fall, but would you put up with -200 F for the sake of your health and wellness? This is now possible thanks to a few spots devoted to the cause. In the same vein as Finnish ice baths/swimming, but with the temperature controlled and set, cryotherapy promises to regenerate tissue and reduce inflammation.

Thermotherapy, especially cold therapy, is an ancient method used by the Greeks and Romans, who would sit in cold baths. Today, everyone knows that the best way to recover from an injury is to apply ice. It took nothing more than the brilliant Japanese who created cryotherapy in 1970, a process of thermogenesis created by evaporating liquid nitrogen. The stream is dry and not at all humid, which is why the skin doesn’t freeze on contact, compared to the ice baths.

It’s known that the cold lowers your body temperature. The body, in turn, needs to create heat, which will provoke a cascade of positive effects. Thermogenesis reduces triggers a cascade of positive effects. Thermogenesis reduces inflammation, stimulates neurotransmitters and sets off the elimination of weaker cells that are replaced by new ones. According to author of Head Strong, David Asprey (the one who brought Keto to the masses), the process burns fats (caveat: cryotherapy as a weight loss aid is not recognized or currently recommended by the medical community) and stimulates the production of proteins in the muscles. The body also receives a signal to accelerate the production of testosterone and growth hormones. Tempting, isn’t it?

During a trip to Los Angeles, I wanted to see what all the buzz was about, so I tried cryotherapy. The Cryocafé is located in very chic West Hollywood and you can spot celebs like Snoop Dog popping in. At one point, even Snoop’s son, rapper Cordell Broadus, asked the Cryocafé to provide some liquid nitrogen candy for his last music video.

I met up with Steven Cusimano, who joined us in a little cryotherapy session.

There are two options offered: topical (which can be used to heal an injury like bursitis, or to revitalize the epidermis, tighten pores, reduce inflammation and even preserve the wear of your makeup), or there is the cryosauna (where you get into a cabin where liquid nitrogen vapors, as cold as -200 F (-128 °C) spurt out at you during 2-4 minutes). You need to remove all jewelry (so it doesn’t freeze on you) and put on slippers and mittens to heat up your extremities (you can also choose to keep your underwear on). 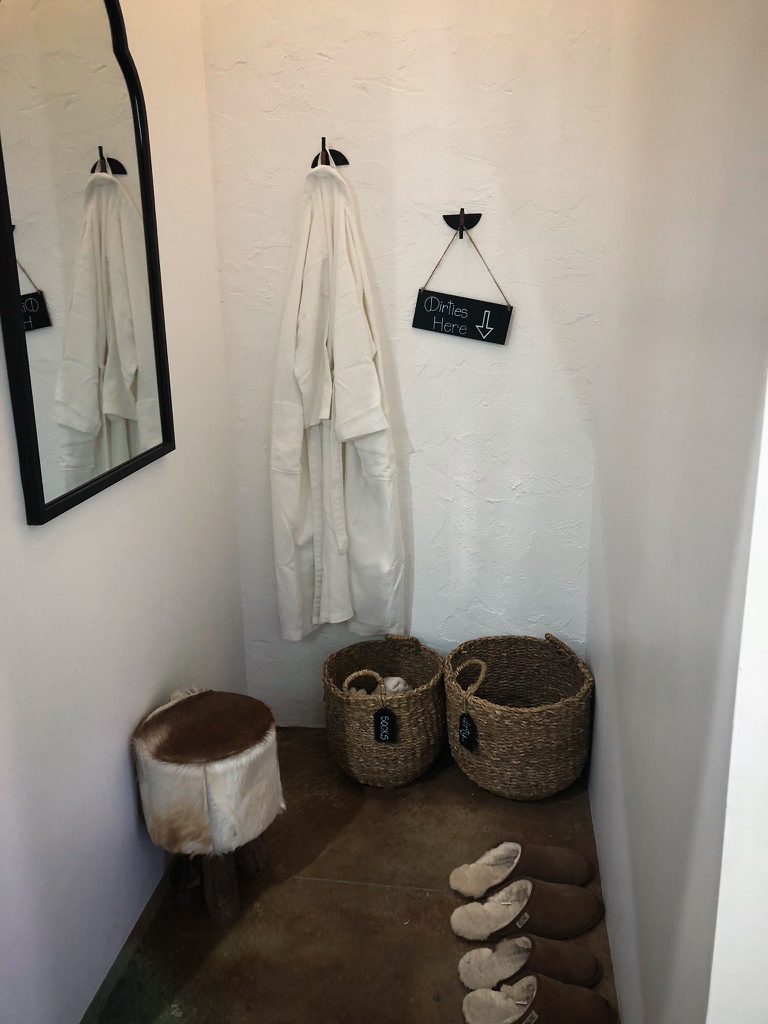 Supermodel Kate Moss also talked about skin icing which consists of wrapping ice in a dampened cloth and pressing it to the face to deal with any puffiness (and consequences) from those long nights out. Is it really necessary to go this far? Not at all. You can even just top off a shower with a jet of cold water for 30 seconds to improve skin tone and get a boost of energy. The night before, you also keep a frozen gel pack in the fridge or freezer and apply to the skin for just a few seconds.

After my treatment, I felt like I was plugged into a 220 wall socket. Was it the effect of the cold or the adrenaline from sitting in freezing cabin? A bit of both, I think. After that, I also wanted to lie down somewhere. Just like after a sauna and ice bath in a Nordic spa, you’re told to rest for 15 minutes. I was done and sitting on a park bench, in L.A. congratulating myself for trying it in the US and not in Montreal. For those who do want to try it here, some spots like Spa Cloud are great for it. For everyone else, a Canadian winter will other the same benefits but for much less!

My New Skin with NEOSTRATA