She is 12 years and she already has a “vacation style,” if you will. What is it, exactly? A stunning beach, a buffet, and a reliable wifi connection. I know this because she reminded me of this list during our 10-day vacation in Cuba this summer. Cuba’s take on paradise leans on the all-inclusive and though I know this, I’m more off the beaten path. 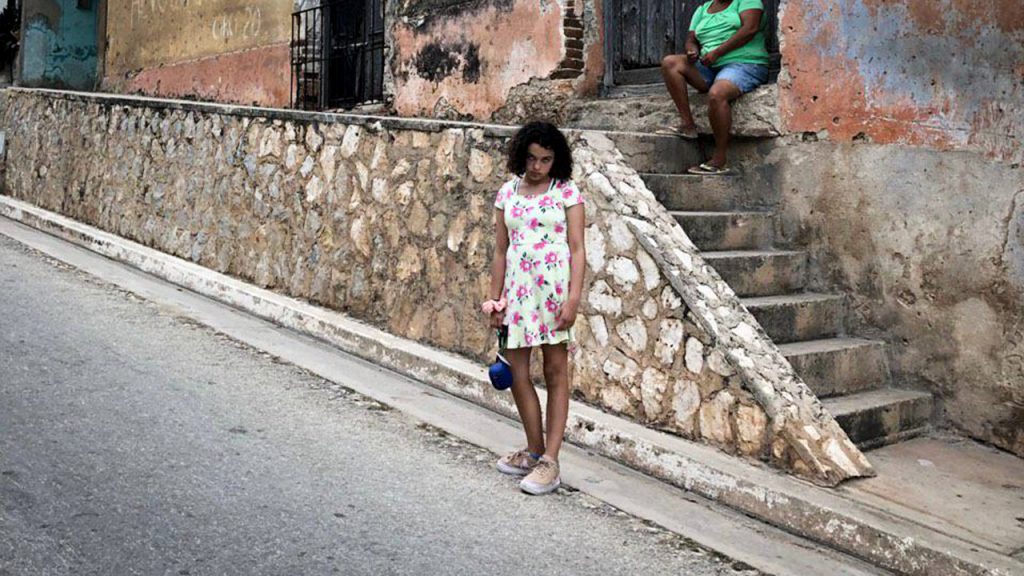 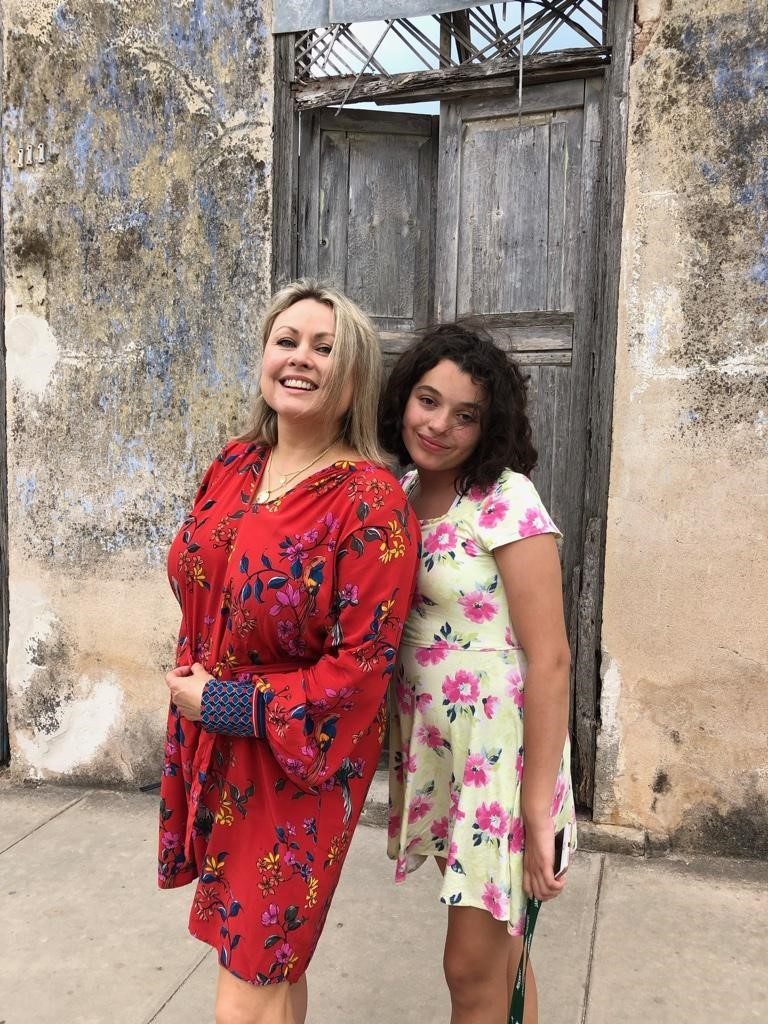 My friend Heidi Hollinger and I decided to bring our respective babies (12 and 13 years old) on a super cool trip where would visit Gibara village (near Holguin) for Cuba’s film festival. This is where all the great hispanic artists unite to shine a light on their cinematographic, musical and visual arts. Heidi was invited as a photographer and she was off to an exhibition. Think the Rouyn-Noranda Film Festival mixed with the Petite-Vallée Song Festival.

I decided to vacation à la Heidi, just like my adventurous friend. We did what she’s been doing for 30 years, which is sleeping in the casa particulars, meaning renting a room with the people, for $40 a night.

I can’t even begin to describe how special it was waking up in the morning with the mother and daughter who didn’t speak a word of French or English, but who greeted us with a smile, hot coffee and a delicious breakfast of fresh fruit and eggs from the yard, thanks to a gracious hen and a cursed rooster that woke us up at 5 in the morning with its cocoricooooooooo! Right outside our bedroom window. That day, my daughter set aside her morals and decided she was no longer a vegetarian.

Now for the beach. It was not a tourist beach by any means, but more of a village beach. It was the kind where the locals went to refresh, to discover love at 16, hand in hand as the sun sets. The kind of beach where people leave behind bottles and cigarette butts because they don’t know any better and because politicians have other things to worry about other than educating and protecting ecosystems. This is why anyone participating in the festival donates an afternoon of their time to clean the beach and celebrate the first day of their arrival.

Imagine. My daughter hates tidying up her room. Now picture the look on her face when Heidi told her we were going to clean a beach! What transpired is what always does: it was the moms who had to pick up after everyone!

“This is not my kind of vacation!!!!” she keeps telling me while she bemoans her existence. She takes it a little further: “if we were with dad, he wouldn’t have let us stay in a slum with a bunch of chickens.” I had to explain to my 12-year-old baby that this was about taking her out of her own comfort zone, but that fell on deaf ears. Yes, it’s true that I’m the cheap one out of the two of us, and that her father knows how to organize a VIP vacation. Me, I’m the girl whose parents transformed a school bus into a camper and who toured the US right up until Mexico like hippies. I’m the girl who’s heartbroken mother took off with 2-year-old me, a knapsack, and a stroller for Europe, slept in a kibbutz in Israel and under a tree in Greece. 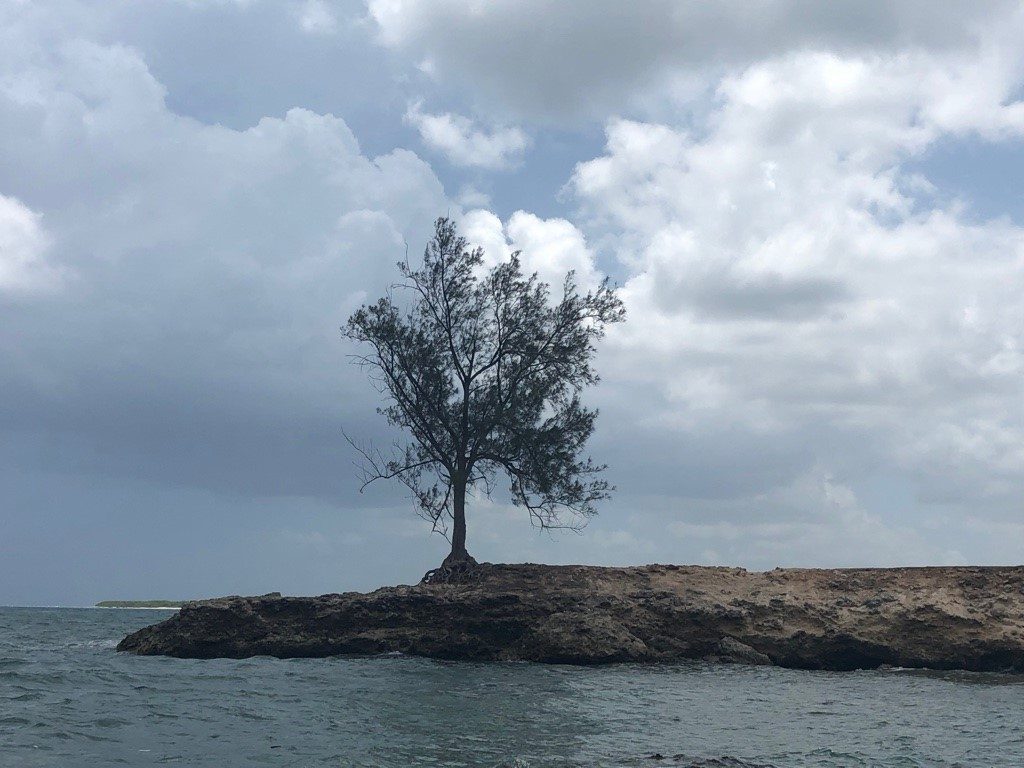 That day, while I was at the beach with my daughter I explained to her, while pointing at the large tree at the other end of the beach, that when I was just 2, my mother and I were sleeping under a similar tree in Greece while our clothes dried on a branch. In the morning, a yogurt vendor woke us up while serving a portion of it with delicious honey. I told my daughter that one day, she would maybe — just maybe — look back on our trip a little more fondly. 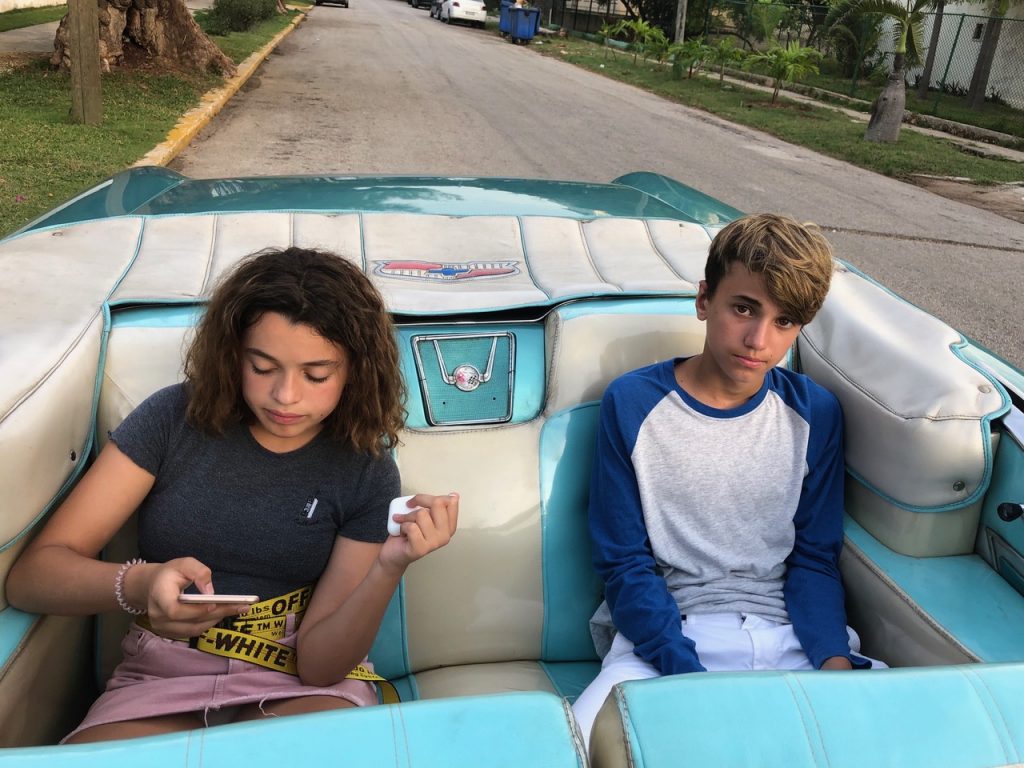 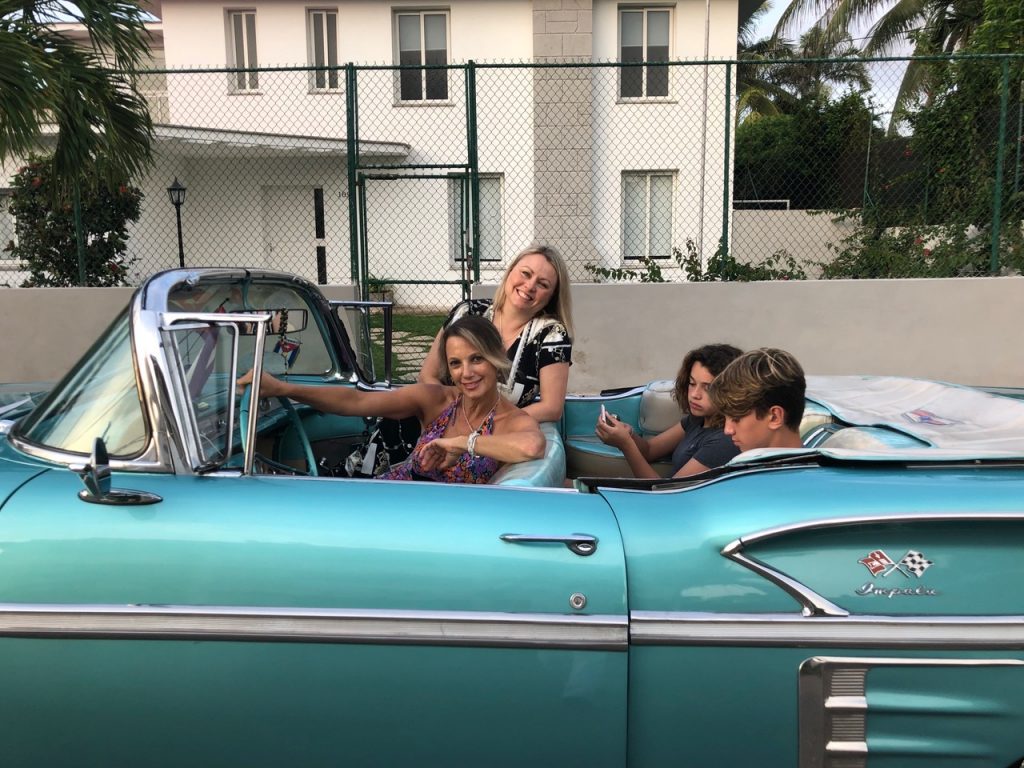 Cheese!!! Was it ever hard to make them smile. The photographer mother and the blogger could barely muster any inch of happiness on film. At best, we negotiated the terms of facial expressions with an ice cream cone. At the worst of times, I tell myself that even if she hates this trip, she could at least share her photos and be the envy of her friends on Instagram, but unfortunately, she didn’t have wifi. What a disappointment! Instead, she could have held a conversation with her mother, her mother’s friend, or the other despondent adolescent. I tell you, I’m simply the best when it comes to a sulk-worthy vacation!

But with a little coaxing and time, we had some good times…She played cards so much and discovered (I hope) just how fortunate we are. And that taking a walk doesn’t need a destination (shops); that, unbeknownst to many people, her mother has a heart that could shatter. 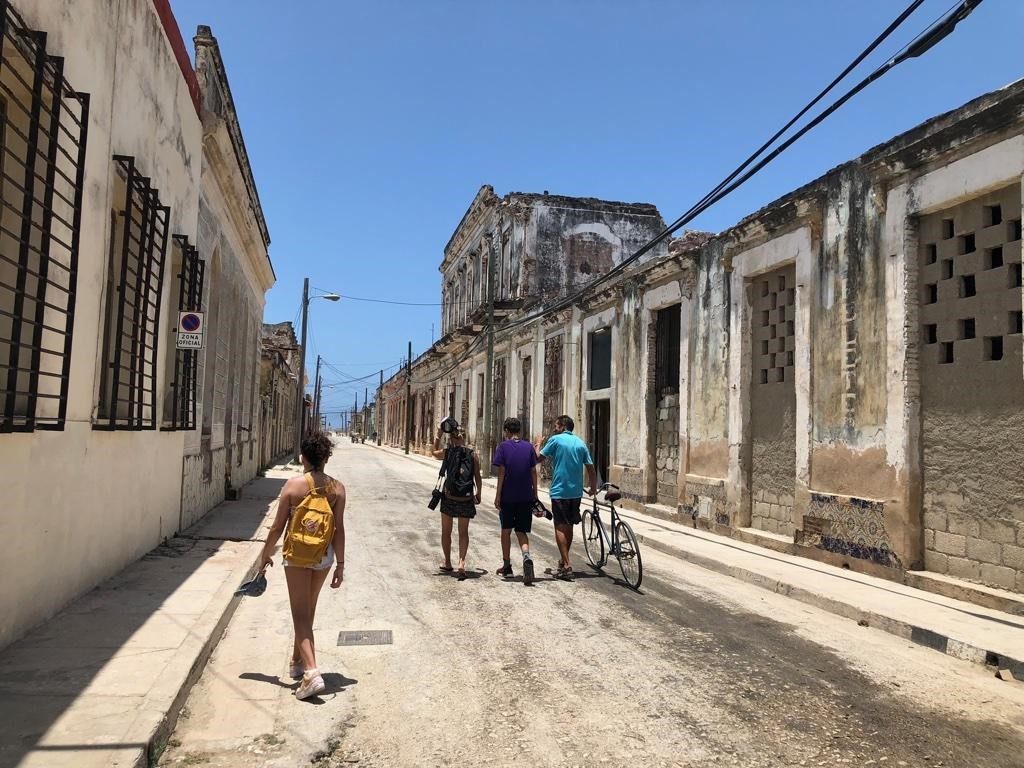 Perhaps one day, my daughter will talk about how her mother made her travel a little differently, made her love the world more how beautiful it is, rather than how beautiful we want it to be (because it’s true that it’s always sad when you find a dead rooster on the corner of the street, even if it’s not the one that woke you up at the crack of dawn).

Right now, I keep asking myself if failing in some way. Should I just stick to the easy breezy trips the feature a waterslide under the sun in Acapulco or do I rattle the cage and preconceived notions of my forebears and expand their worldview? Is there such a thing as a sulk-free vacation in other family units? 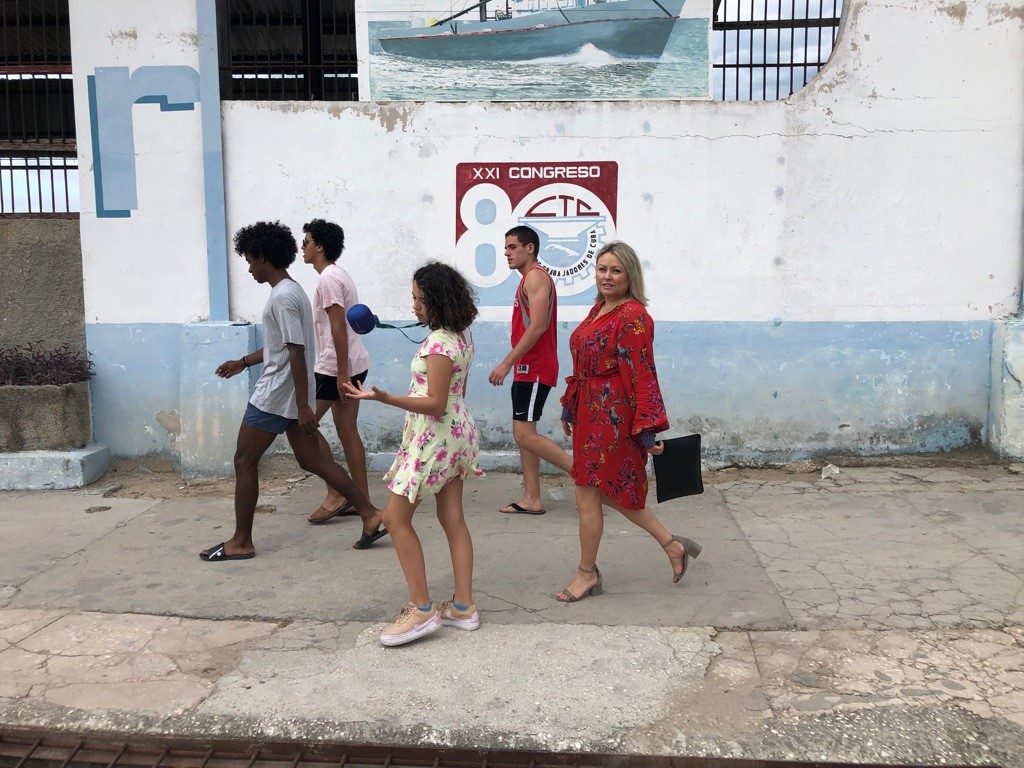 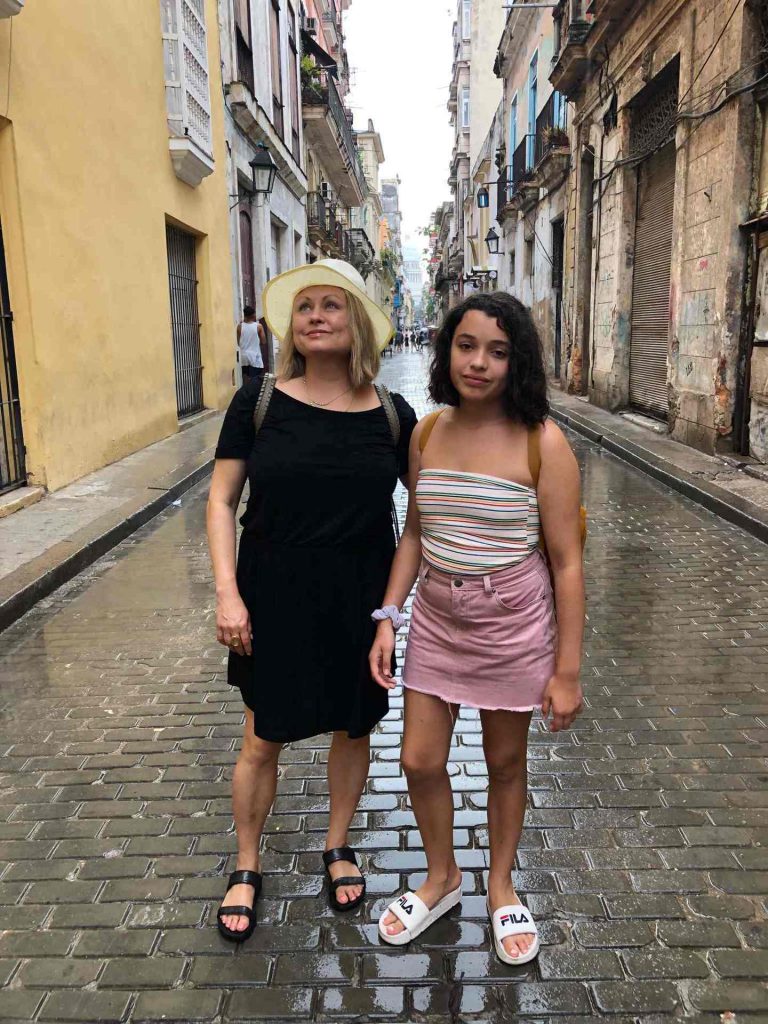