Where can you a spot with goat yoga, where you can see Spike Lee, former Black Eyed Peas member Will.I.Am, the le vice-president of Apple Angela Ahrends and Guy Laliberté?

Answer: at C2 Montreal, one of the most avant-garde conferences in the world, which will be held for the first time in our Studios Grandé in Pointe-St-Charles. Happy, me? Pfff…I’m still pinching myself! Especially because I’ve helped with every edition of the festival for innovation and creativity since its conception in 2012. At the time, the event, which was conceived by the Sid Lee agency, brought together a cool circus for marketing hipsters complete with food trucks and a huge party at the end. It was a winning formula because it gained traction over the years, especially after people were desperately trying to get tickets to hear creatives and leading technology providers talk. Over the years, C2 Montreal has hosted Andre Agassi, Martha Stewart, Arianna Huffington, Richard Branson James Cameron Chelsea Clinton and Apple co-founder Steve Wozniak. I also had the pleasure of interviewing Elizabeth Plank, David Usher and AJ Paron-Wildes. 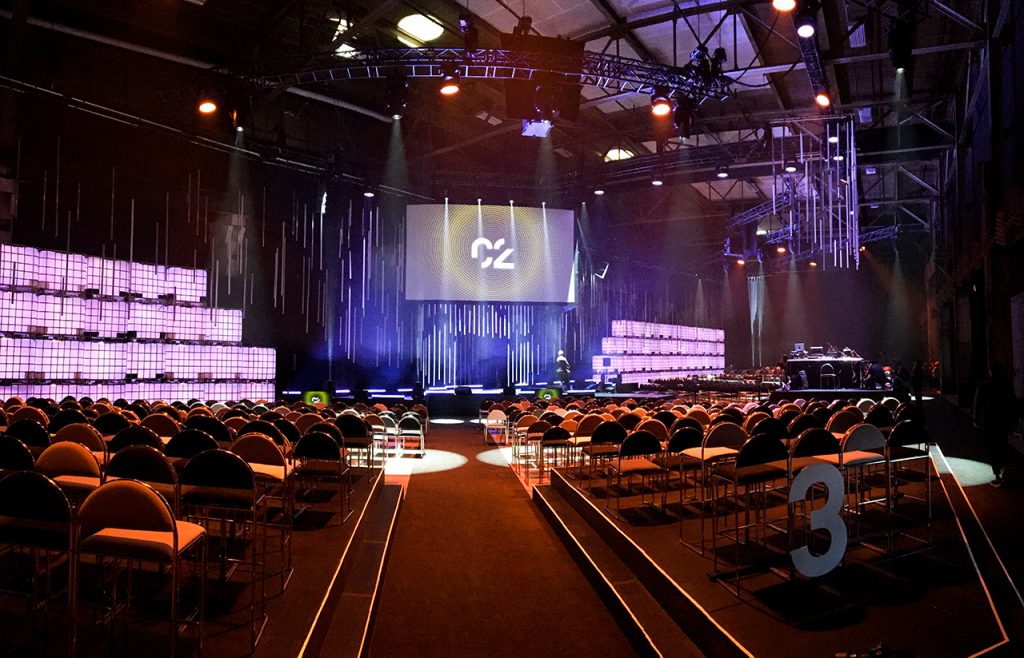 The most important thing is that C2 Montreal is meant to make heads spin: 7000 people travel far and wide to sit in conferences, workshops, braindates (little professional tête-à-têtes with specific themes) and all of this is housed in experientiel and futuristic decor. At the end of these three intense, cerebral days, there is, you guessed it, a big party?

The theme for this year’s conference will be….tomorrow!

Celeb attendees will include the ones already mentioned above, and will also feature Piera Luisa Gelardi, the co-founder of Refinery 29 — a real girl boss with a magazine focused on feminism. We’ll als hear Sophie Grégoire Trudeau, who needs no introduction, Sabrina Geremia, the national director of Google Canada, the super marketing firm Bozoma Saint John and a humanoid robot, BINA48, who has already been interviewed by Morgan Freeman in Story of God, which airs on National Geographic. If the event isn’t accessible to everyone, the conference will be made available to the general public on the C2 website.

Because the event will take place in our Studios Grandé, I have access behind the scenes to preview the event and I can start off by saying it’s going to be huge!

C2 occupies 200 000 square feet of our studios, where we installed soundproof conferences rooms, an eating area/food hall (with food trucks and a restaurant that can seat 80), an aquarium where the media can file, a library area  with works of art, and 3 Lab, a more ambient rest area, and 3 Lab, where their “In the Dark,” will be presented for the first time in Montreal. The piece is sombre, and you navigate through it with a breadcrumb trail that allows us to question how we would live with diminished senses. They also put together an agora inspired by ancient Greek theatres, where the key conferences will be held, and our closing festivities at the end of each day. 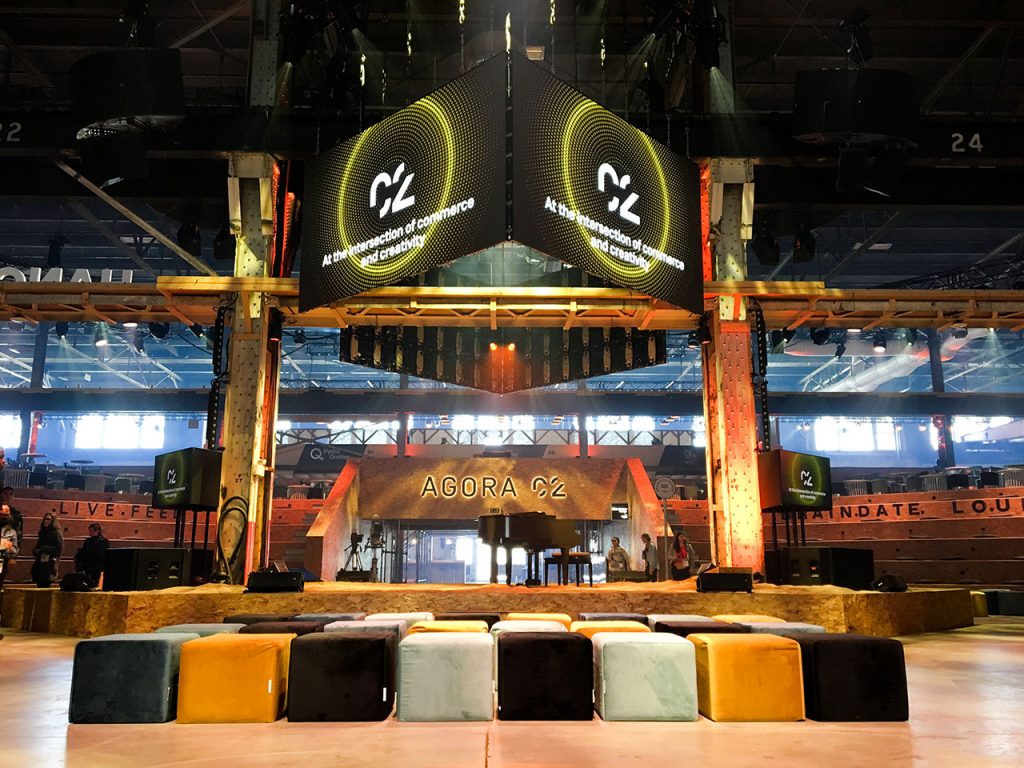 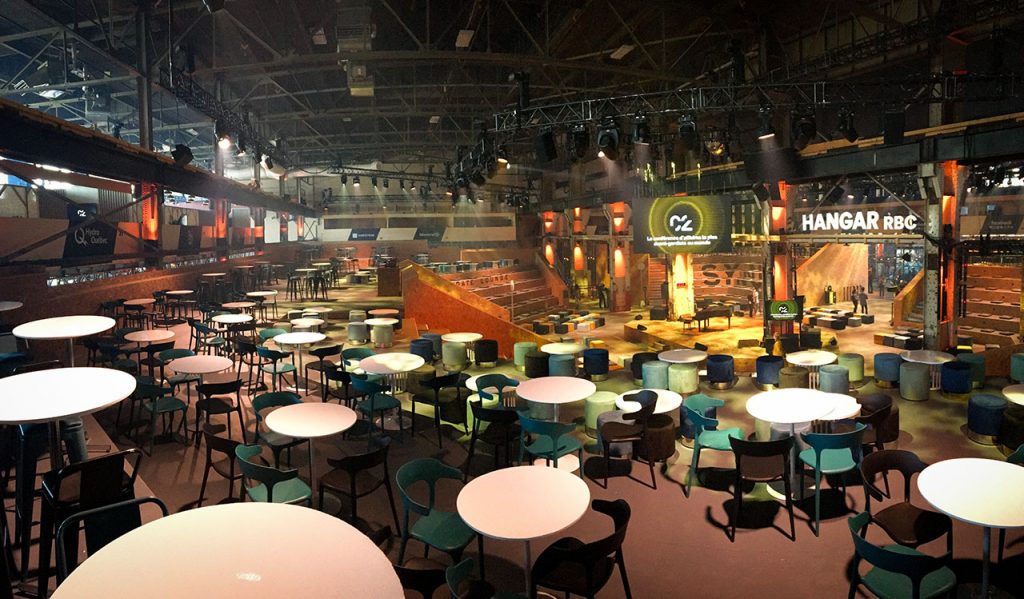 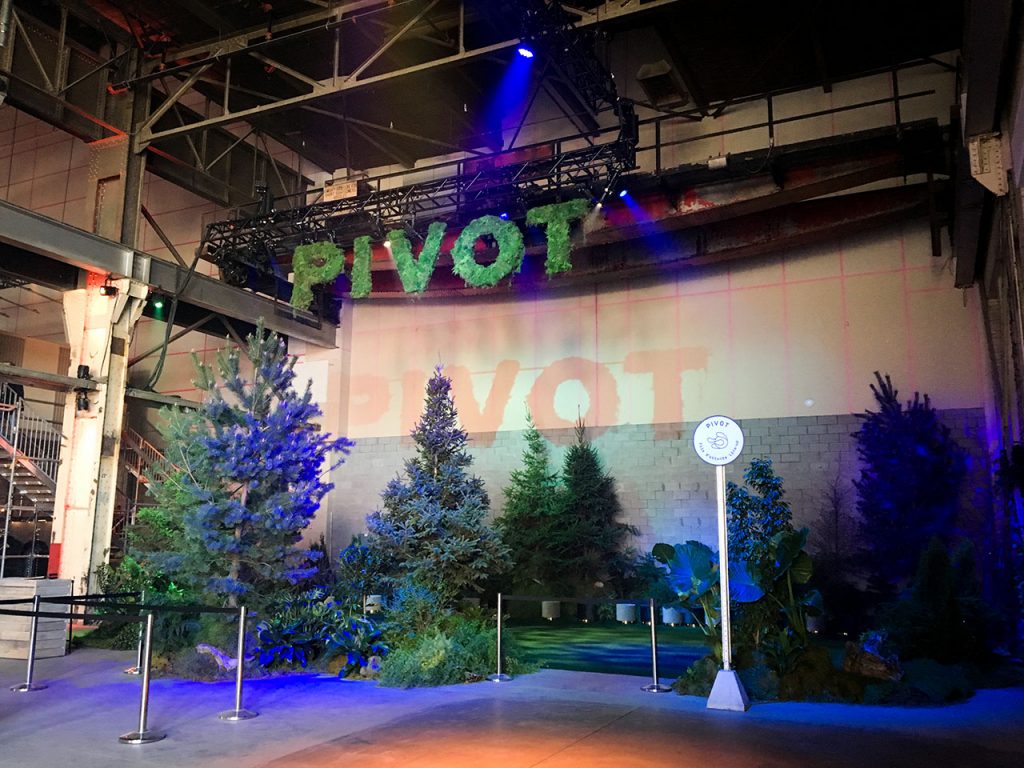 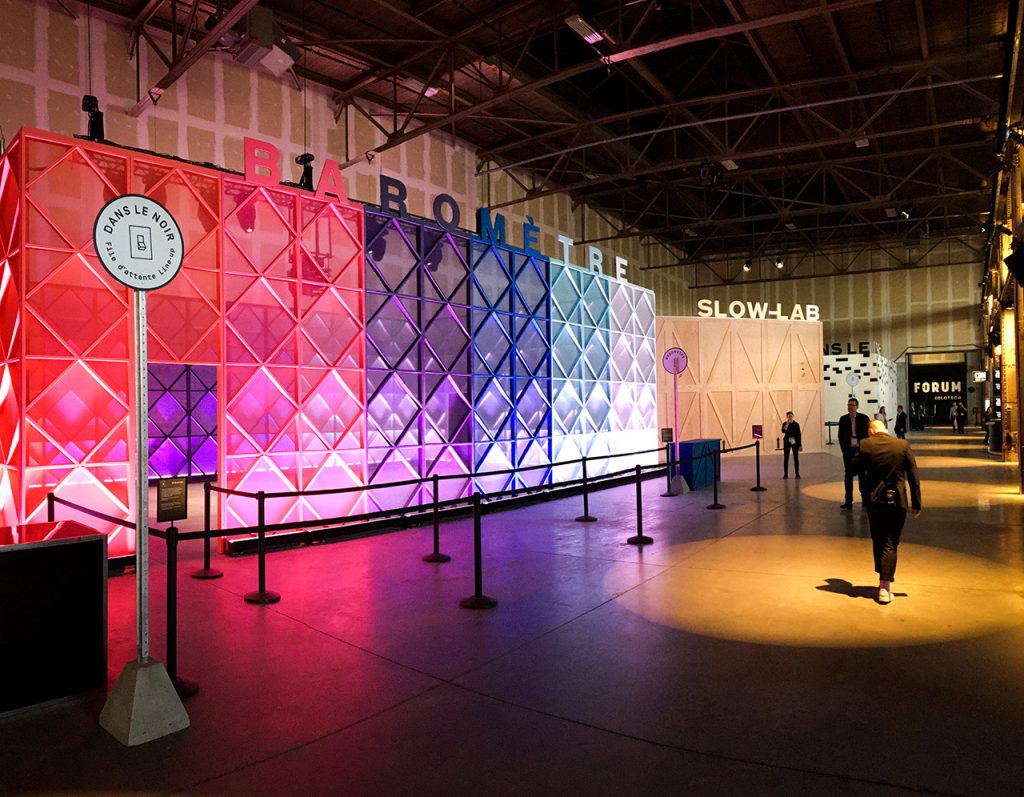 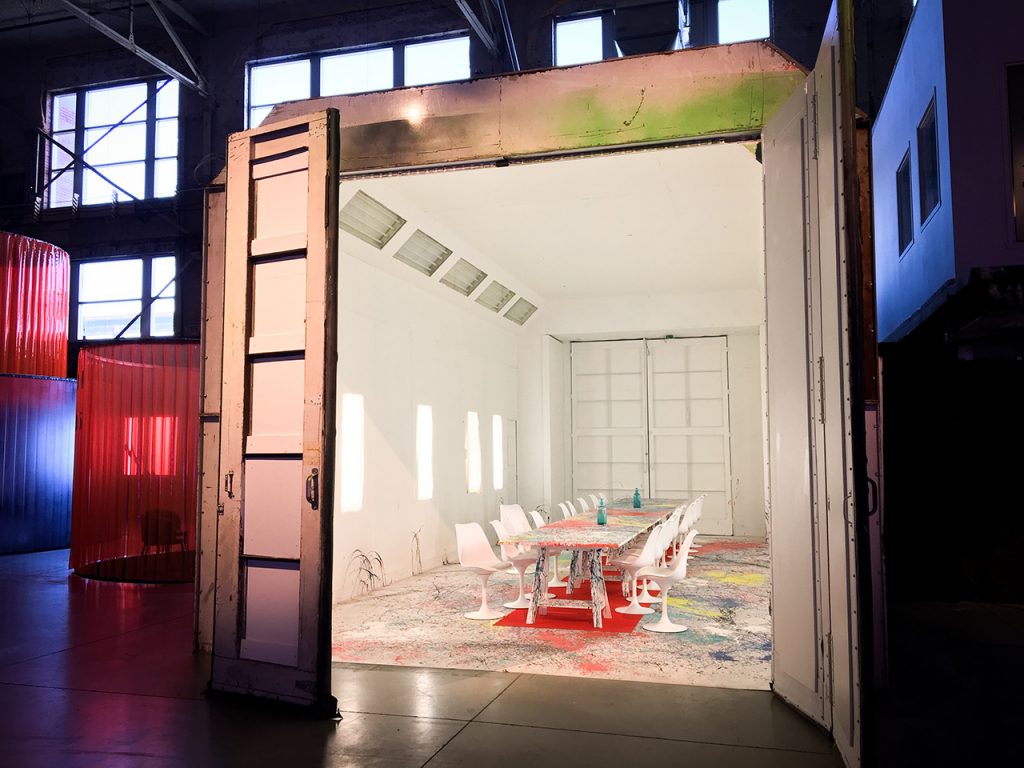 You would think that an event bent on innovation should be eco-friendly. When I visited, I was told that all the flooring and decorative elements are reused each year. The event is also limiting its wasted production to 1 kg per participant, each day of the event. We take back the conference badges and reused them each year and we won’t be using disposable dishes — it must be reusable, compostable or recyclable. We will be forbidding plastic straws and single-use water bottles throughout the entire site and we will not be serving red meat or pork — in fact, we will be increasing the vegetarian offerings. A comprehensive emission inventory on greenhouse gas emissions generated by the event will also be conducted. 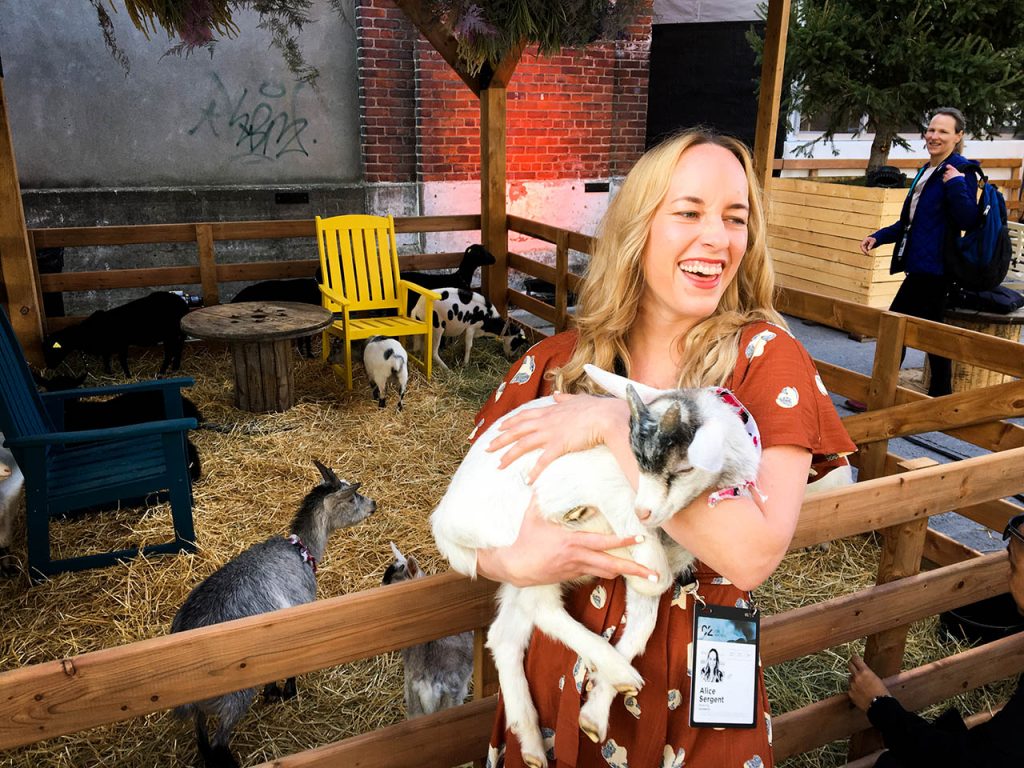 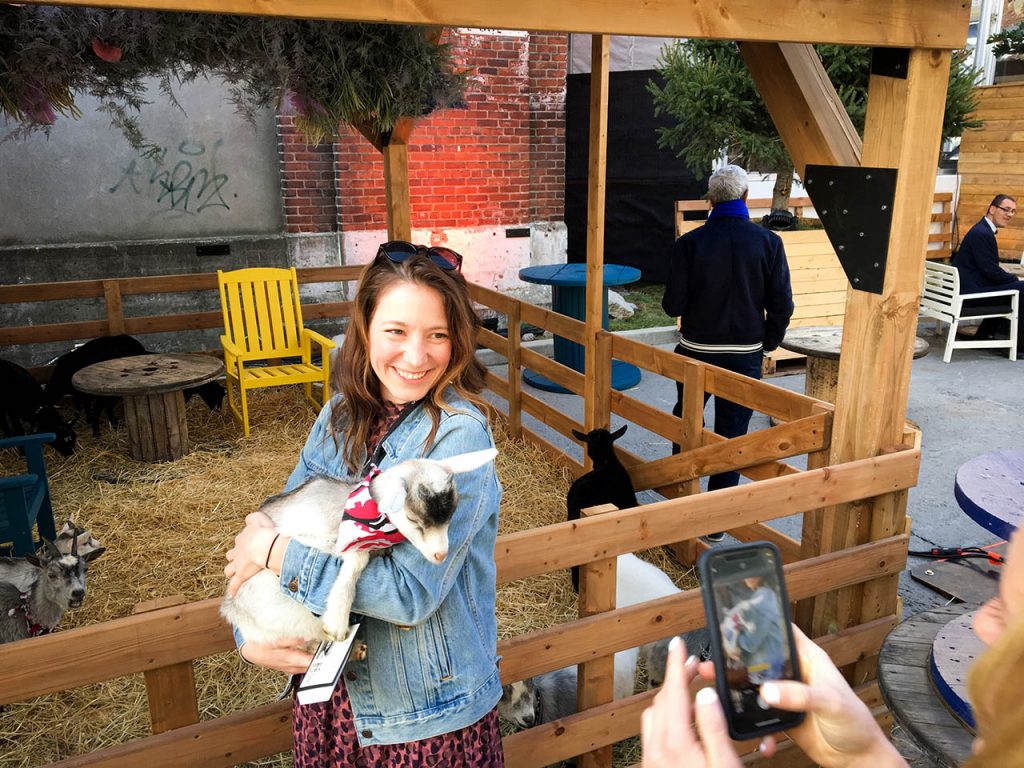 It starts today and I’ll be there along with my Mitsou Magazine team. Follow us on Facebook and Instagram for a look into what’s brewing at C2 Montreal.