Thanks to the efforts of a young allergist from the CHU Sainte-Justine and volunteers from ByeByeAllergies.ca, a desensitization treatment to food allergies could change the life of thousands of children in Quebec.

Does your child have food allergies? One of my daughters does. She’s allergic to soy. Here’s a picture of our most recent visit to Dr. Bégin’s team at Sainte-Justine hospital. For the first time Stella is smiling during her test (she is getting used to it!). 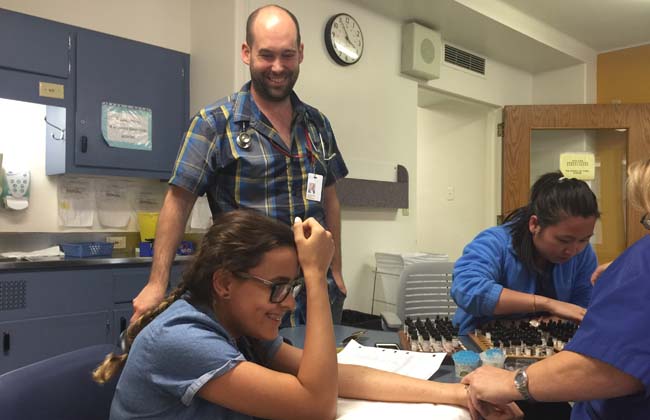 Our family isn’t the only one coping with this stress every day. Many families had to adapt their diet. The incidence of this severe condition has tripled in the last decade and today, 100,000 young Quebecers have food allergies. Every day, they risk having an anaphylactic shock with potentially deadly consequences just because they have to eat or interact with others.

Fortunately, there is a desensitization treatment. Oral immunotherapy consists of progressive administration of small amounts of allergen, under medical supervision, over a long period until bigger amounts of allergen are tolerated with no reaction. The treatment has been available in the United Stated for a few years and has a success rate of 80%. It reduces the risk of an anaphylactic shock and allows to eliminate food avoidance… Still… Half a million dollars are needed to open an allergy desensitization clinic at the Montreal CHU Sainte-Justine (otherwise it would be impossible to have access to oral immunotherapy in Quebec).

Though it may seem a paltry sum when compared to the provincial budget for health, obtaining it is a real headache: forced to cut its expenses, the CHU Sainte-Justine has no choice but to rely on donations to open the clinic.

It’s the mission of ByeByeAllergies.ca that was founded by parents from everywhere in Quebec. Their objective is to raise awareness on their cause and to collect the necessary funds to open this important centre. 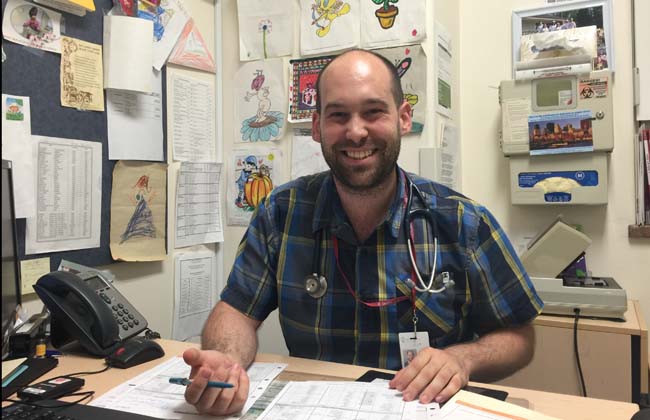 The story of this treatment in Quebec is worth telling. For two years, Dr. Bégin pursued postdoctoral studies at the prestigious Stanford University in California to learn the oral immunotherapy technique. Back in Quebec, he does everything to mobilize the resources needed to quickly open a clinic that will offer this life-saving treatment.

It’s now up to us to let the government know that we support the 100,000 children having food allergies in Quebec.

Here’s how you can help in only a few minutes: