Never before has there been so much attention focused on Alzheimer’s disease. According to the Alzheimer’s Society of Canada, there are more than 747,000 Canadians living with dementia, with 25,000 new diagnoses every year. Behind each one of those numbers is a caregiver’s story. Many of these people lack support, need to speak with others about their struggles and better understand the disease in all its stages. Their wellbeing is at stake, as is the wellbeing of those for whom they’re caring.

As a result, this disease accounts for one of the highest rates of caregiver burnout as compared to other illnesses…a reality for which I came to experience first hand.

It was the summer of 2011 and I sat in the driveway of my home, called my husband Stuart and told him that I could not go on.  I was suffering a nervous breakdown and was threatening to take my own life.

I cried hysterically. My body was convulsing. I was barely able to breathe.  My three children’s faces flashed before me. I knew I could never abandon them but I couldn’t keep it all together. I needed help.

My life had been running at an impossible pace, dealing with a multitude of traumatic events for many, many years. I had rigorously trained myself over the past few years on how to become a Superwoman. I was an expert at wearing “my mask” in public, unwilling to show any signs of vulnerability or the reality of what was really going on inside. I put so much pressure on myself to be the perfect wife, mother, daughter and friend. I had gotten caught up in a cyclone of caregiving that was so incredibly intense that it became impossible to keep up with it all.  I felt broken.

My story as a caregiver began from a very young age as I grew up watching my mother Vieno, care for my father, Sam, who was 15 years her senior. She nursed him through prostate cancer, heart disease, kidney disease and depression. While she taught me the meaning of devotion, she also displayed a familiar characteristic of the caregiver, a refusal to accept help in the home – even when my father’s deteriorating health meant she had to carry him to the bathroom 15 times a day.

My not seeking help first came in the form of denial. It was 2002 and my mother began to show signs of Alzheimer’s but I knew absolutely nothing about the disease. My father started noticing certain changes in my mother and would often say to me, “there is something wrong with your mother”.  I would impatiently brush him off and blame him, telling him that she was suffering from caregiver stress. She would buy the wrong grocery items even though she’d have a list, thought her neighbour was operating a cocaine lab, had frequent angry outbursts, the car was covered with several dents and neglected to have her tires changed for winter. I kept telling myself that this was a result of her being stressed despite my father’s frequent comments of concern.

It was during the time that my father was hospitalized for congestive heart failure immediately following the birth of my second daughter in 2004, that my mother really began unravelling.  Upon arriving at the hospital, she got out of my car and walked in the middle of the road, barely dodging oncoming cars. Her level of stress, emotions and impulsive behavior in terms of randomly screaming at the nursing staff as well as at my father while he lay in his bed dying led me to limit her presence at the hospital and she was not present when he passed away on January 18, 2005.

The disease, still undiagnosed, brought more troubling personality changes. She developed a fear of stairs, had little tolerance for noise, blurted out unfiltered thoughts in public and experienced mood swings. She donated several times to the same charity, was unable to pay her bills or prepare familiar recipes and once wore a thick woolen winter coat to a tennis match she attended on a hot summer August day.

In September of 2006, I finally took her to a neurologist who diagnosed her with Alzheimer’s disease.  Other than immediately cancelling her driver’s license while we were in his office, the only bit of support that I obtained were his wishes of “good luck”.  That’s it…nothing else.  There was no “prescription” that was given as to how, where, when, who could assist us in managing this disease.  I was completely unfamiliar with any of the symptoms, expectations, challenges that she, and inevitably I, would face in caring for her. I would become self-educated on the disease and get caught up in a cyclone of caregiving for the next 5 years which would eventually lead to my demise in July of 2011.

I was 38 years old, my 3 children were 2, 4 and 9 years old, and I was working full-time and am an only child. My husband had his hands full managing our landscape design and construction firm as well as dealing with various challenging issues relating to his own family. The shock of her diagnosis was overwhelming to all of us.

The care she needed would grow and it was becoming a lot for me to shoulder. Throughout a relatively short period, she endured a broken femur, hip replacement surgery and suffered cardiac arrest. The doctor had made it clear is that she would no longer be able to live on her own and moving in with us was not an option with 3 young children. My mother lived in an apartment that she loved for over 30 years and when it came time to make the decision to move, she did not want to leave. Despite her anger and resistance, I moved her into an assisted living facility close by to our home.

As life’s difficulties piled up, l kept trying to make the outside world think that everything was okay. My son suffered two serious accidents and I was messing up at home, such as the time I arrived on the doorstep of my daughter’s friends house for a birthday party, only to discover we were a day late. I was becoming self-destructive, screaming at my husband and children all the time, while numbing my pain and anger with alcohol and finding temporary pleasure through online shopping. I failed to realize that my children were watching me unravel and the ripple effect it would have on them.

As caregivers, life puts us through such a rigorous training program.  We become experts in responding to a multitude of situations, crisis, both physically and mentally and we all have our own coping mechanisms.  We rarely give ourselves permission to “just be” and enjoy our own lives as we are constantly distracted by our care responsibilities and responding to “what’s next”. During my caregiving years, I had pushed myself so hard to become a Superwoman who could respond to anything that I suffered the consequences by having a nervous breakdown.

That powerful woman I thought I was finally had to ask for help after my own unravelling in our driveway in July of 2011. I was diagnosed with a form of post-traumatic stress disorder and required much needed therapy and support. My journey of healing involved accepting what I could not change and taking control of my health as well as becoming a volunteer mentoring others and speaking to medical students at McGill University.

My mother passed away on May 6, 2016, and despite the fact that I had been “mourning” her for so many years, nothing could have prepared me for the grief that I felt watching her die.

In March of 2016, I launched my company, Caregiver Crosswalk Inc., and now proudly serve others as a Certified Alzheimer’s Care Consultant.  I have trained extensively in my profession but also bring my hands on experience which begins with a deep sense of compassion and understanding for families who are travelling the caregiver journey as I did.  In addition to counselling individual families, I work in collaboration with the Faculty of Medicine at McGill University to teach Dementia Education Workshops for Family Caregivers. They’re comprised of small groups of caregivers who get to ask questions to a neurologist and understand Alzheimer’s and other forms of dementia. They hear my story and talk about theirs. And they get to watch actors in simulated scenarios that will help them avoid dangers and prepare for the future. 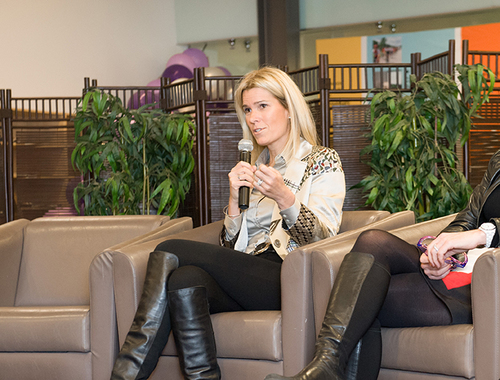 My personal experience with Alzheimer’s Disease has taught me that seeking support and becoming educated about the disease from the very beginning would have had a profoundly greater impact on the quality of care that my mother received as well as the level of stress that I endured as a caregiver.

The next workshop will be on March 28, 2019
For more information, visit: www.carecrosswalk.com. 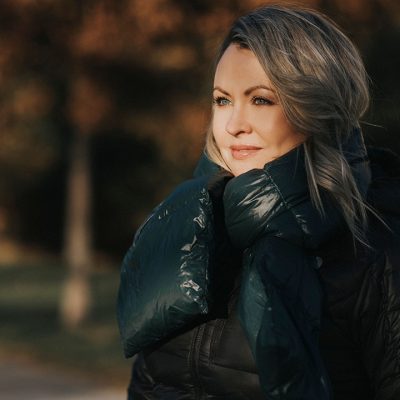 Everything you need to know about pneumonia 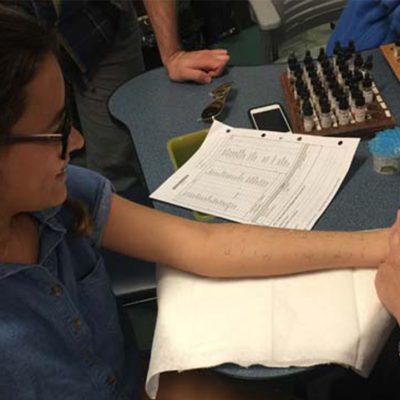